Frankie Stein and his ghouls

Next month my band Harley Poe will be releasing an album on vinyl for the first time.  Initially it wasn't a huge deal to me, but then I bought a new Crosley USB turntable for my Birthday.  As my record collection has grown and I've managed to acquire some very rare gems, I've become much more enthusiastic about this release.  Of course the album is available now at our shows on compact disc, but let's face it, that form of media is becoming obsolete.  It's going the way of the eight track and cassette tape.  Who cares about CDs when it's so much easier to purchase an album online and simply download it to your phone to have it with you at all times.  New technology caters towards convenience.  Tangible media takes up space, takes effort to purchase and play, and if not taken care of, eventually breaks.  Music no longer needs palpable packaging.
But for some of us, cover art is important.  Actually holding the record in hand before listening to it is assurance that it's a possession worth owning, not just a download that took no effort to procure.  Being involved with the whole process of listening to a record is an enjoyable and calming experience, especially if you're one who enjoys turning over the record, placing the needle, and appreciating a more plump and richer sound, not a digital imitation.  For people like us, vinyl records aren't going anywhere.
Even before I got my new record player (I did have one as a kid, of course) I collected Halloween records just for the cover art.  Now I also get to listen to these forgotten classics as well as appreciate the art.  Lately, finding old novelty records having to do with anything spooky has become an obsession of mine.  Throughout the year, I'll be posting the covers of some of my favorite finds so far.  Below are five records I've gotten hold of within the last few months that I just can't listen to enough.  At the end of the day when the boys go to bed, I pour some scotch, head towards my den, and relax to some spooky stories or monster music on vinyl.  What a weirdo. 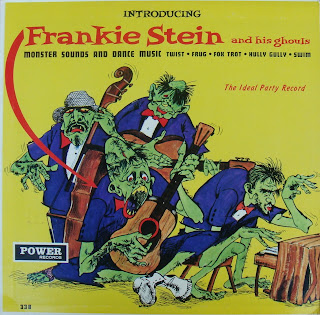 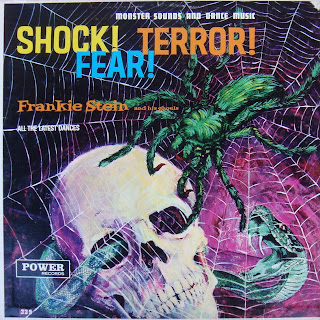 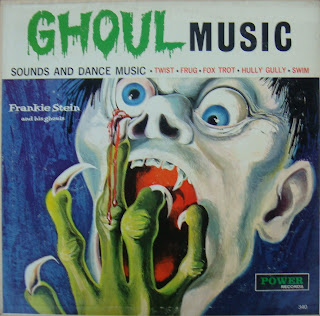 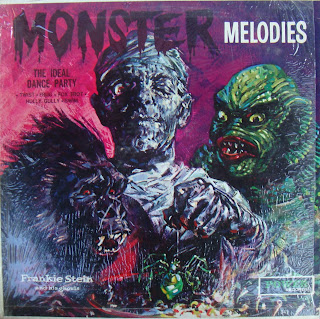 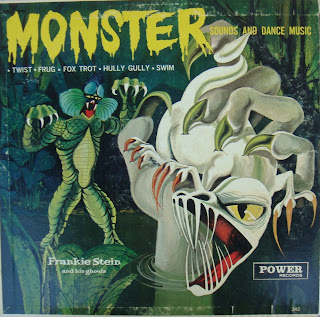 I believe Frankie Stein and his ghouls were a studio band put together to cash in on the monster craze in the early 60s.  It's hard to find information on them and I came across them by chance, but I'm glad I did.  Their albums consist of  instrumental surf, rock 'n' roll, and swinging tunes with weird and spooky noises laid over them.  I love it!!!  I recommend this site for more info on Frankie: www.rogersbasement.com/Frankie.htm

Took the family to the Indianapolis Zoo yesterday.  We go a couple times a year and Ransom always enjoys it, but this was the first time Salem was able to go and actually have fun as well.
Posted by Joe Whiteford at 7:54 AM 7 comments: 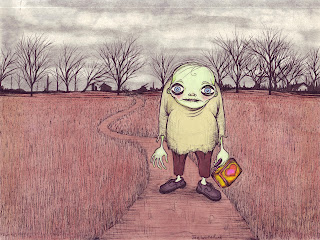 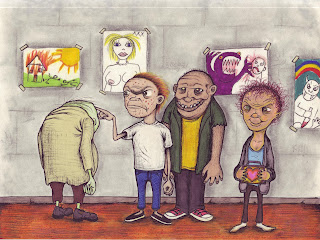 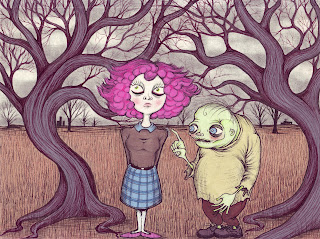 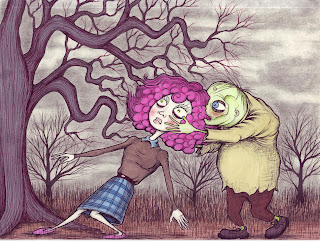 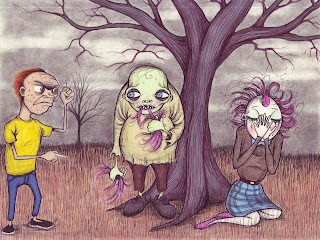 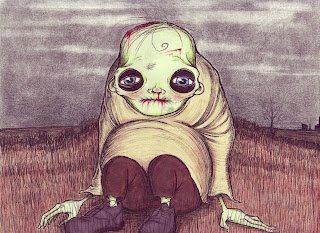 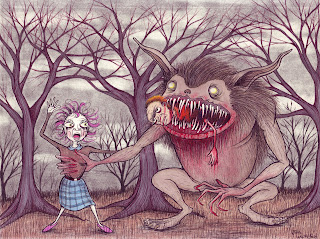 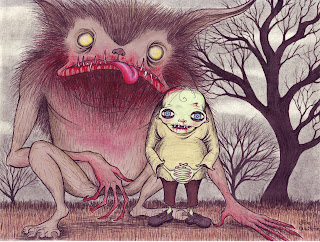 I wrote and illustrated this story a few years back along with my Herschell and Gordon tales.  I was going through my portfolio the other day and came across it.  I can't find the poem that went with it, but the band Mercury Radio Theater used it for their live shows a couple years ago.  During the show, a female narrator with a British accent read the story, and certain features from each illustration were animated.  I would love to have seen it.  Well, anyway, I haven't posted any drawings in awhile and would hate for these to just get lost in the shuffle, so please enjoy.  Here's to hoping one day Mercury will release this story with an album.