Right before my old band Calibretto went our separate ways, we released a split album with Philadelphia's Mercury Radio Theater called All of These Things Do Not Belong.  That CD features a song that I had written called "The Object of My Infection" which later appeared as a live bonus track on Harley Poe's second release The Dead and the Naked.   Harley Poe played it a lot faster and shortened the name to just "Olivia."  A year after that, we recorded a studio version of the song and released it on another split album we did with Seattle's Dead Vampires.  Well, hold on to your pee pees because another version is about to be released on Rue Morgue Radio's Hymns from the House of Horror Vol. III!  This particular version was recorded during the studio sessions for our upcoming LP Satan, Sex and No Regrets.  I initially had no plans to record it for the, um, fourth time, but...well...whatever.  It became a B-side and now fans will only be able to hear it this March exclusively through rue-morgue.com.  It's my favorite version by far, featuring upright bass and guitjo.

So anyway, I bring this song up not only to help push the new version, but also because of its content.  To those of you who can't understand my lyrics, or have no idea what I'm singing about, the song is about a sex doll.  More than that, it's about finding solace and pleasure in materialistic possessions and solitude.  But mostly it's about having sex with an inanimate object.  This lyrical message goes hand-in-hand with a twisted little film I like to watch around Valentine's Day every year called Love Object, written and directed by Robert Parigi.  To give a quick synopsis, it's about a repressed and lonely office worker who wakes up everyday before his alarm goes off, arrives to work early, and does his job perfectly.  That is until he finds out about a company that manufactures lifelike sex dolls and decides to order an artificial lover designed in the likeness of the new temp whom he has a crush on.  As he fulfills his fantasies in his apartment through his surrogate girlfriend, he begins to get close to his office crush.  Secrets are kept, lies are told, jealousy ensues, and of course...people die.  Check it out; it's a good one. 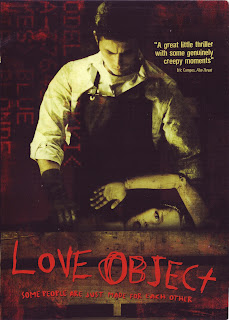 Weird coincidence: I just finished reading an interesting book from 1990 on Anton LaVey called the Secret Life of a Satanist, and in chapter ten, the author Blanche Barton writes about LaVey's desire and vision to begin the development and manufacturing of artificial human companions.  LaVey's announcement for such a plan was written in his newsletter way back in 1979.  He believed there were economic and sexual advantages for a society that accepted artificial human companions as the norm.  If only he had lived a bit longer to see his vision really take off. Just do a Google search and see how widely accepted this fetish is becoming.  So if you find yourself curious, or maybe just tired of relationships in general--maybe you'd like to carry out some illegal fantasies, or try something a bit "different" in the bedroom, but can't find a willing partner--then it just might be time for you to sell your car or take out a loan and surf over to realdoll.com.  Because those bitches ain't cheap. 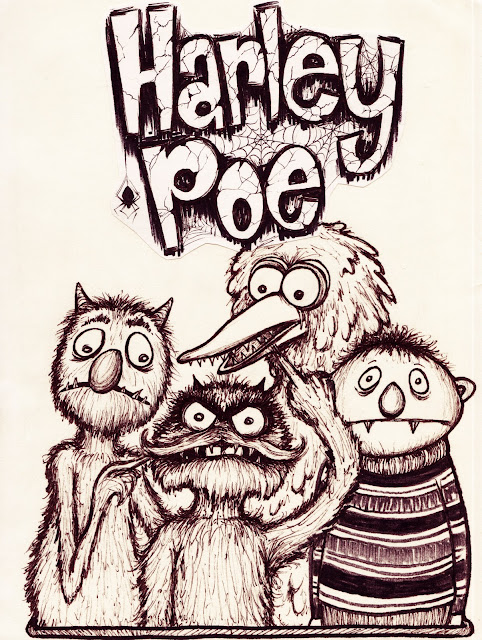 Harley Poe will be on tour with Derek Zanetti of The Homeless Gospel Choir from March 1st to March 11th.  We will have new t-shirts (design above) and our new album Satan, Sex and No Regrets will be available on a limited run of CDs.  The album will be released after the tour on vinyl, but we are accepting pre-orders now at chainsmokingrecords.com.  As you know, Harley Poe doesn't go out much, so don't miss this chance to come hang out and watch us make fools of ourselves.  Stay tuned for more information regarding tour and the new album.  Until then, check out this video of Derek Zanetti doin' his thang: