Last Krampus of the Year

Here are three of the Krampus sculptures I created this December. The latest (and cutest) figure was sculpted on Christmas, while my boys and I lay around all day in our pajamas watching Christmas cartoons. The prices on my custom made sculptures are between $80 to $120, so if you're interested, then shoot me an email. 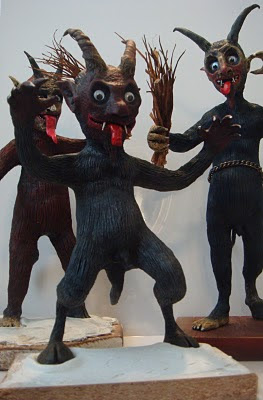 
This Krampus was commissioned as a Christmas gift from a buyer in Indianapolis. 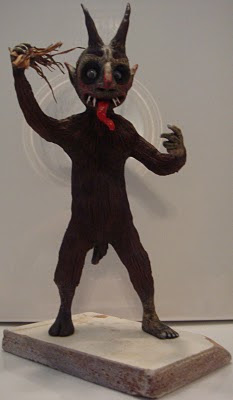 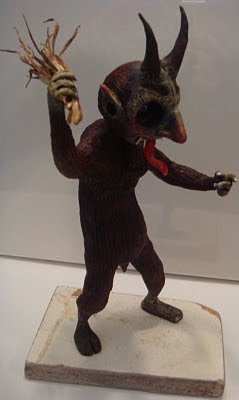 Posted by Joe Whiteford at 12:30 PM No comments:

Father Christmas is evil. Satan has a son and his name is Santa...at least according to a cheesy little Christmas flick I like to watch once or twice a year called Santa's Slay (2005). This masterpiece pretends to be one of those made for TV Christmas specials the whole family can watch together if you disregard the nudity, foul language, and explicit violence. There's even a stop-motion animated segment reminiscent of one of my childhood favorites from 1964 Rudolph, the Red-Nosed Reindeer. This film is a blast! Santa is played by Bill Goldberg, the jokes are so juvenile (as if written for a younger audience), and the protagonist (Douglas Smith) and his girlfriend (Emilie de Ravin) have such a naive vibe to them that the elements awarding this film an R rating cause great contrast and a bit of welcomed confusion, at least for me. The film also includes some unexpected cameos who mostly get massacred within the first five minutes. Pop this one in on Christmas Eve; your nephews and nieces will love it and so will your grandparents.

Also, here is another Krampus I sculpted for your viewing pleasure. Rue Morgue magazine's Christmas issue is out now with an article on this devil for those who'd like to know more. 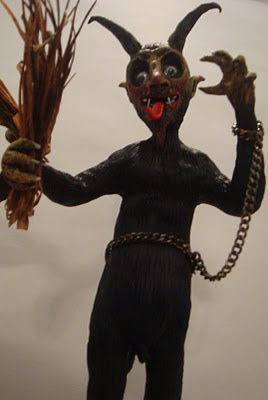 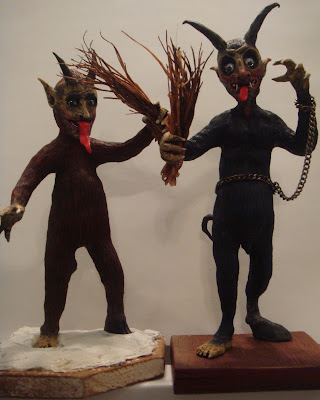 Oh, and if you're looking for any last minute gifts for the horror junkie in your family, then consider my 1950's monster buttons I'm selling through my Etsy shop at www.etsy.com/shop/joewhiteford. 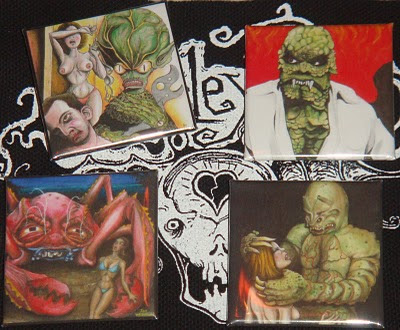 And one last thing, the song of the month is "364 Days" by the Murder City Devils from the Thelema ep, for those who prefer to be depressed on Christmas. 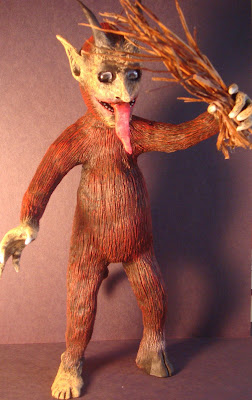 I hope you've all been nice this year.

SOLD
Posted by Joe Whiteford at 5:26 AM 3 comments: