And another possible submission for the new OMFG line. 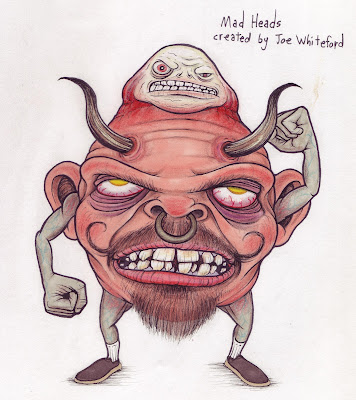 Well, ideas just keep coming. Two more on the way. Even if none of my guys gets picked to be a mini figure, I'm still having fun. 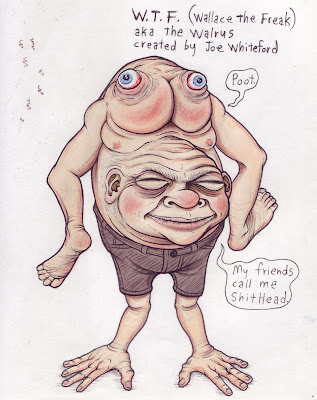 Posted by Joe Whiteford at 2:54 PM No comments:

Here is my fifth and final possible submission for series 4 of the October Toys OMFG line. Again, please register and vote for one of my creations. Thanks! 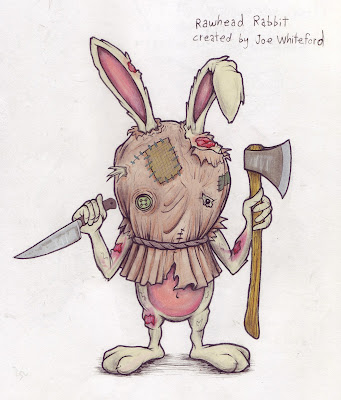 Posted by Joe Whiteford at 8:24 PM No comments:

This is Punch Bat; another possible submission for the new OMFG series. 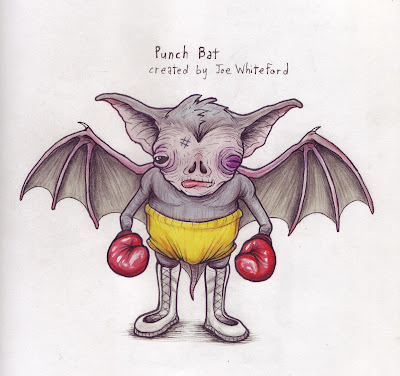 This is Ocularpuss. He is another possible submission to the OMFG Series.  I have about two or three more ideas in my mind, but will probably narrow it down to just two submissions. 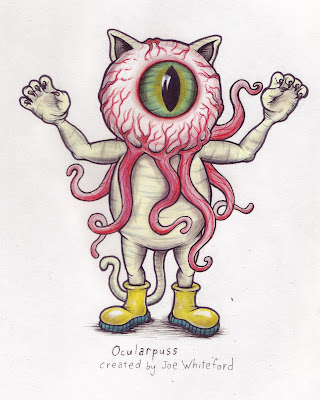 Hey all, I've just finished these guys to be submitted to the October Toys forums for the OMFG Series 4 line.  It just so happens that today George Gaspar has just opened up the series 4 submission thread. At the end of March all submissions will be gathered for voting.  Five submissions will be chosen to be made into mini figures and the line will become a Kickstarter project.  If the project gets enough financial backing from the fans then OMFG series 4 will be made available.  I hope one of these guys makes it.  Looks like voting will start in April, so stay tuned. If you have time and would like to see my creations made into action figures like the old M.U.S.C.L.E toys from the 80s then please go register on the October Toys forums and vote for these guys in April. 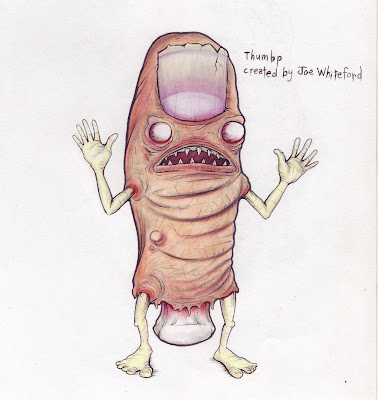 Thumbp is my answer to the M.U.S.C.L.E. line's claw figure.  He was always one of my favorite guys and is pretty hard to find nowadays.  He is a warty hand with four fingers and a face on the middle one. When I was a kid I adored the California Raisins. BrainWaves is my tribute to those guys while loosely based on the creature design from the sci-fi/horror film Fiend Without a Face (1958).

To join the community, submit designs, and vote:
http://www.octobertoys.com/forum/viewforum.php?f=40